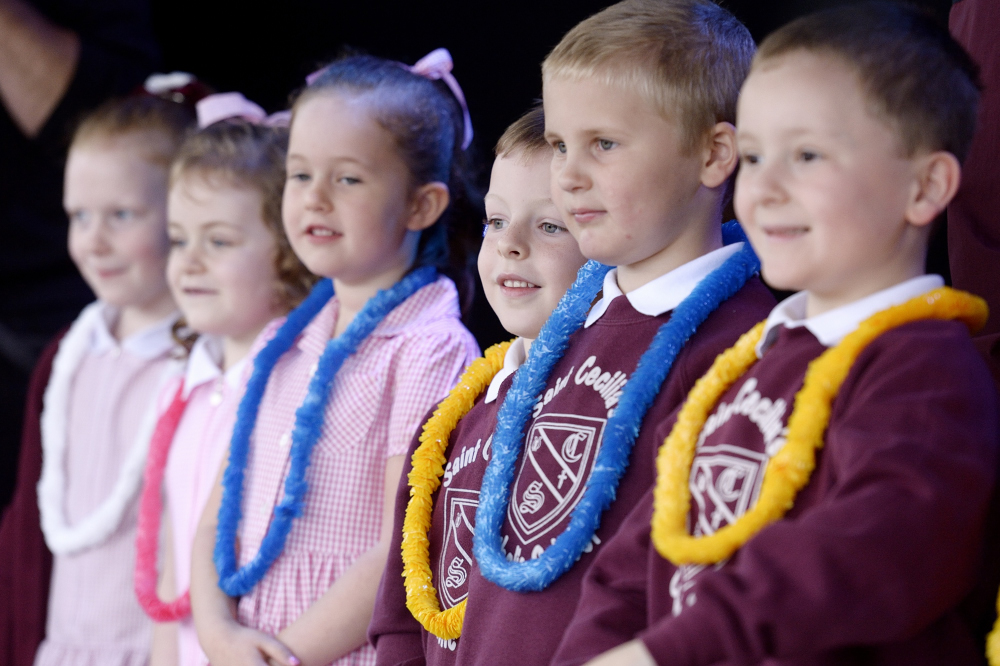 At St. Cecilia’s Catholic Infant & Nursery School, we feel developing children’s creativity is of huge importance both in terms of academia and enjoyment. During our Summer Term, on Saturday 9th July, we were delighted to take part in the West Derby Creativity Festival. The day was hosted by Cardinal Heenan Catholic High School and over ten local, partner schools came and contributed to the day.

There was a host of things to do and see and the highlight was, without a doubt, the performances on stage. The variety of dance, singing, instrument playing and other entertainment showcased the talents and hard work of the children.

Our children both sang and signed ‘The Lava Song’ with Headteacher Mrs. van de Waal accompanying on the ukulele and all wearing traditional Hawaiian leis and also, Coldplay’s ‘Yellow’. All parents and staff present were in agreement that the children’s enthusiasm and behaviour was exceptional and they should be very proud of how well they represented their school at this event.

Our children also joined in a mass choir performance of Rather Be (Clean Bandit ft. Jess Glynne) and again, our children translated the song into British Sign Language.

It was a fantastic day that celebrated creativity through music, dance and art and, even though we had a spot of rain, it was by no means miserable! The day got even brighter when we learned that our school had won not one, but three prizes in the art competition. Congratulations to all those children whose work was selected and displayed at the event.